Supercar or camper van: which one belongs in your dream garage?

Supercar or camper van: which one belongs in your dream garage?

The answer isn’t quite as simple as you might think…

What’s more than five metres long, powered by a diesel engine, converted from a van and costs more than £50,000 – yet is now a dead cert for a place in my dream three-car garage?

If you’ve ever owned or even spent some time in a camper van, chances are you’ve jumped straight to the answer and are nodding your head in knowing understanding.

If you haven’t, chances are you’re wondering instead if the frost has seized my brain. I’ll admit now that there was a time that I too thought that paying a huge sum to lug your bedroom (and kitchen) around with you was absurd. 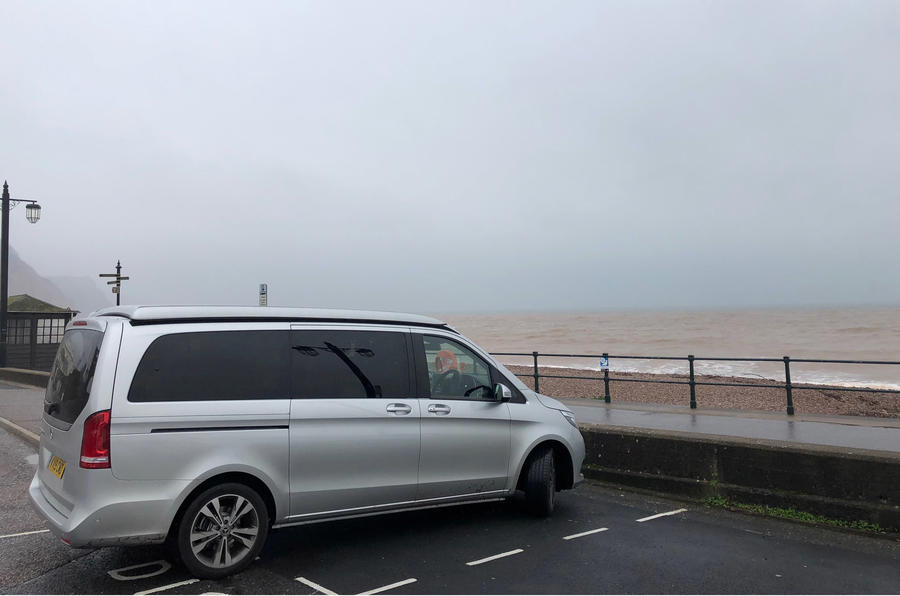 But then I spent a week with the family touring the south coast in a Mercedes Marco Polo, which I started off viewing as an impressively transformed V-Class and now look at like a heart-broken teenager saying goodbye to a holiday romance.

Across a wind and rain-swept week, the Marco Polo got under my skin for a multitude of reasons, not all obvious, and not all ones that I’d encountered in my motoring life before. I always thought dream garages were the sole preserve of supercars and high-end SUVs. No more. That Lamborghini can wait for the second lottery win.

If the motor car brought the world freedom of movement – a point that needs sharp reflection in a world that is both increasingly environmentally aware and consequently anti-car – so it is that the camper van is one interpretation of its no-compromise end point.

Sure, we didn’t exactly park up in lay-bys and make our home wherever we fancied (confession time: on some nights it was so cold that we even rented a static caravan), but what we did find is that we had what we wanted when we needed it. We had space to pack everything, we had food and hot drinks on hand and even the space for a quick mid-afternoon rest if it was needed. 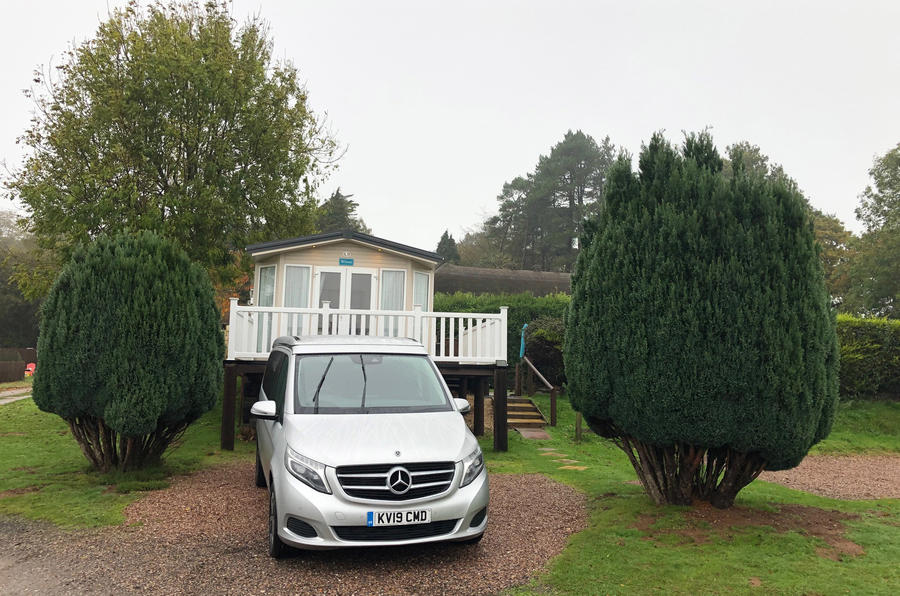 What to do after a bracing autumnal/winter walk? In a car you kick everything off, get moving to get some heat in the engine and then, eventually, defrost. In the van, we put the heat on, swivelled the front seats around, cracked on with some hot drinks and played a game of cards. Life was slower, yes, but it was also happier. Provided no one falls out, the proximity is a boon.

Regularly told by your kids that they are thirsty, or hungry? Again, here was the car that had the answers on board. Or that they’re bored? Seemingly they’re far less so in a camper van, helped in no small part by the SUV-like high seating positions and endless views. And with a boot the size of little else, even with all our sleeping bags and duvets, they could bring their favourite teddies and toys. Happy kids, happy parents.

At nights, four up was a squeeze, not helped by the fact that we’re a pretty tall family. But could the kids care less? Of course not. In my varied experience, even of top-end luxury and all the tricks they can throw at it, there is no car interior more exciting than a camper van’s. 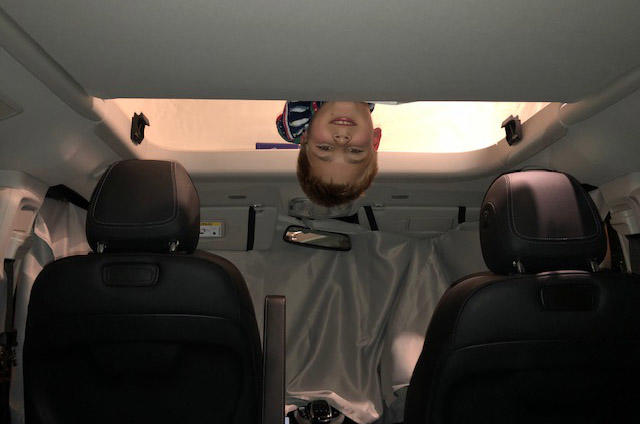 The aforementioned swivel seats are a start, as are a sink and cooker. But throw in a pop-up roof, massively sliding rear seats and an array of switches and toggles and you have all a 12-year old (going on 45-year old) could ever wish for. Camping as a family is fun. Camping in a camper van as a family, two upstairs, two down, is actually quite giddying – and the appeal didn’t wear off. And you can always pitch a tent next door if it does, although I guarantee no one will really want to be in it.

We enjoyed skipping from place to place in a way we simply wouldn’t have done if we’d been staying somewhere that needed us to pack and unpack the whole shebang every time we stopped. If we woke up and wanted to head to the nearest beach, town or relative, we could be on the move in minutes. The sense of being in control of our own destiny was a cut above that engendered by any other means of transport I’ve encountered.

Before this experience, I’d wondered if the camper van’s day was up. I’d certainly viewed VW’s plans to garner a few headlines and reinvent the genre with the electric ID Buzz as an unimaginative attempt to engage some latter-day baby boomers into its customer base, rather than an a credible attempt to breathe new, emissions-free life into a still-relevant genre. 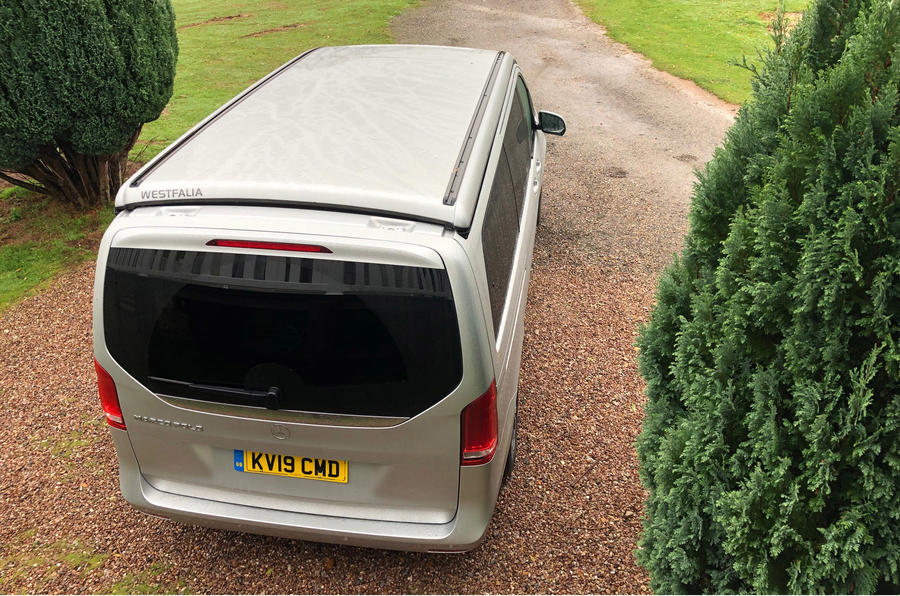 I reasoned that today we were all too time-poor (“Just get me there as quick as you can”) and cosseted (“I want wi-fi, electricity and a comfy mattress”) to give any credence to the idea of driving around with your home attached to an engine and wheels. Ever the spendthrift, I’d also pondered why anyone would spend so much up front (and, yes, I know the Marco Polo isn’t the cheapest of its ilk, but the price of all camper vans is generally on the high side), and on fuel when the costs would pay for some pretty spectacular hotel stays if you saved the difference between the van and a ‘normal’ family car.

But what I learned was that I had, in fact, entirely missed the point. Here, as with supercars and other exotica, is a vehicle that is in every regard unnecessary but – if you get it – an absolute pleasure. I doubt owning one could ever be justified on any rational basis, yet if you’ve lived with one and enjoyed it, I can’t imagine how you’d live without it.

A place in my dream garage, then? You’d better believe it. I actually think it would bring less stress and more pleasure than owning a supercar could ever deliver, such is the family-wide appeal. Time to start saving and scouring the classifieds.