Firm’s head of sports cars is keen to see a range-topping Cayman GT4 RS, but can’t guarantee the same of buyers

Porsche’s head of sports cars claims that he would “definitely” like to see a faster and even more focused RS version of the new 718 Cayman GT4, but that the decision hinges on prioritising development resources within the maker.

“Everybody’s asking for the RS,” Dr Frank Steffen-Walliser told Autocar. “Can I imagine a GT4 RS? Sure I can. That’s not to say we will make a decision on it yet, as it is a challenge. Would I like such a car? Yes, definitely! Would I like more horses? Yes. But we need to put the resources where the market is – it would be a lot more expensive than the normal one.”

Porsche has never made a GT4 RS, previously suggesting such a model would be too close in price and performance to 911 GT models. But the new 4.0-litre flat-six found in the latest GT4 forms part of an all-new engine family, and it is expected that Porsche will spin off further variants of that unit to justify the investment. 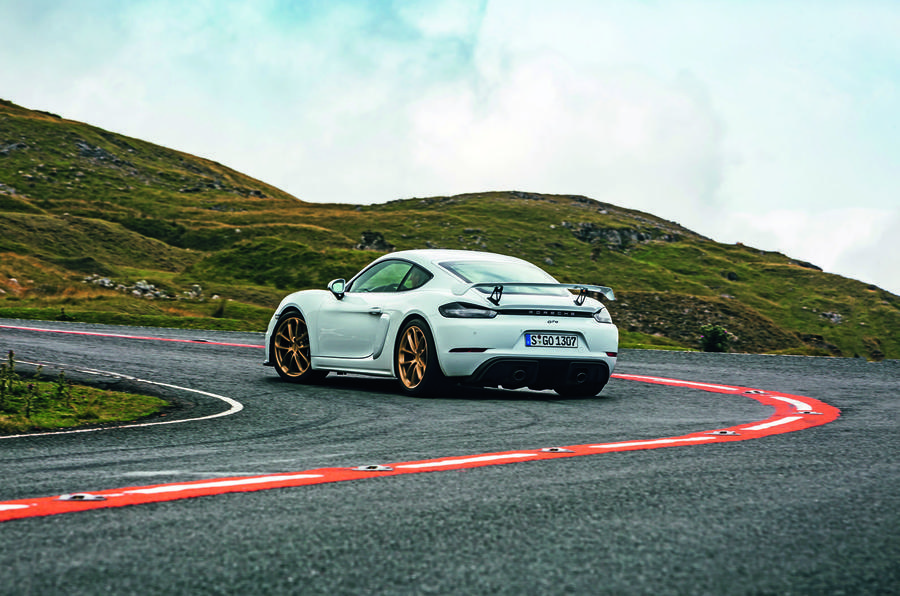 It is understood that the brand is looking to re-introduce the flat six to more mainstream Cayman and Boxster variants as part of a facelift. Although Walliser would only confirm that Porsche has “started the thinking process” on this, he did acknowledge that the US market has been less welcoming of the current four-cylinder models than hoped. “American customers aren’t asking for four cylinders, they are asking for four litres”, he said.

Walliser also discussed the idea of all-electric 718 models (first reported by Autocar in April). He claimed that if the official go-ahead was given he “would not like to change the character of the car, and the price point – we need to have an entry level car as 718 buyers often step up to a 911.

“Priority number one is to keep the character of the car – not making a big car, not making it heavy, but this is very tricky. And it’s a relatively small volume car, so we maybe cannot do a separate platform.”

Porsche definitely won’t be joining the glut of newly launched electric hypercars with its own take on the formula, however – for the time being at least.

Pouring water on the claims made by manufacturers such as Rimac and Lotus, Walliser said: “We have seen a lot of studies of electric hypercars – for me the proof is when it’s on the street with a licence plate… does an EV hypercar work? It’s like saying to me that a drag racer is a suitable sports car. For sure it’s perfect from 0-100, but to make it usable and do several laps of the Nurburgring would not work with the technology at its current state”.

The future of driving for fun, considered in a Porsche 718 Cayman GT4