The Leaf isn’t the vehicle for thrill-seekers, but gives great bang for your buck

Popular family EV can be had for £4000. We plug in to the used market

The Nissan Leaf was the first mainstream family-sized electric car to hit the UK when it was launched in 2011.

Today, with over 25,000 Mk1 and Mk2 versions sold, it can also claim to be the first used EV to be available in significant numbers. In fact, one leading sales site lists more than 1000 of them, half being Mk1 models, the generation under review here and in production from 2011 to 2017. For a long time, and in common with most other electric cars, Leafs depreciated rapidly but values appear to have stabilised in recent months as demand for used EVs picks up.

The first Leafs were built in Japan and offered in just one trim. They weren’t badly equipped, though, with a connected sat-nav, climate control and 16in alloy wheels all featuring. Today, prices for these few early cars start at around £4000. Reassuringly, a decent number have racked up high mileages. An ad for a 90,000-mile 2011-reg Leaf offers a window onto maintenance issues, with the seller revealing that their car has had new front lower arms, track rod ends and a wheel bearing. They also admit the car does only 55 miles in summer and 45 (or 42 with the heater on) in winter on a single charge.

‘Battery owned’ is an expression you’ll encounter when browsing used Leafs. It means the battery is part of the deal and not something you have to lease separately, which you should avoid. In 2013, Nissan began making the Leaf in the UK. These slightly more efficient and better-built cars feature over 100 detail changes, such as moving the battery charger from the boot to create more luggage space. They’re available in three trims: Visia, Acenta and Tekna. Autocar noted the model’s improved ride, handling and energy recovery system and favoured the Acenta or Tekna versions, with their more efficient heating system that contributed to a potential 90-mile range. 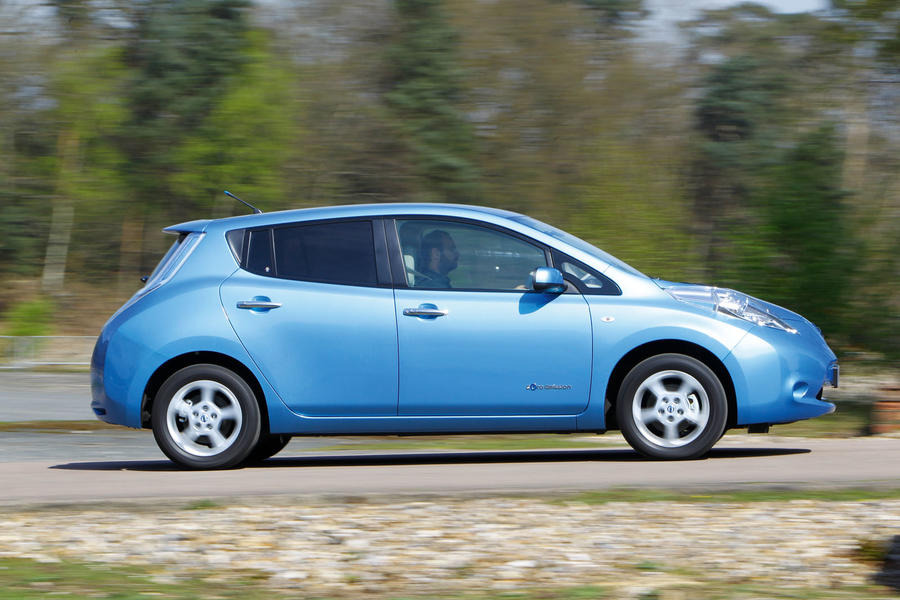 The next chapter in the Mk1’s story came in 2016 with the launch of an optional 30kWh battery covered by an eight-year, 100,000-mile warranty. It gave a longer range (from around 90 miles to 120 miles in real-world use) but no additional performance and was available in Acenta and Tekna trims only.

Today, thanks to its enhanced range and with the increased availability of public chargers, a 30kWh Leaf is a more practical proposition than it was just a few years ago. A 2016-reg Acenta 30kWh with 60,000 miles is around £9000.

Options worth seeking out are the 7kW charger that boosts charging time at home and at public charge points. When inspecting a used Leaf, check its battery condition indicator is showing at least 10 of its 12 cells when charged. With nine showing, it might qualify for a free replacement battery. 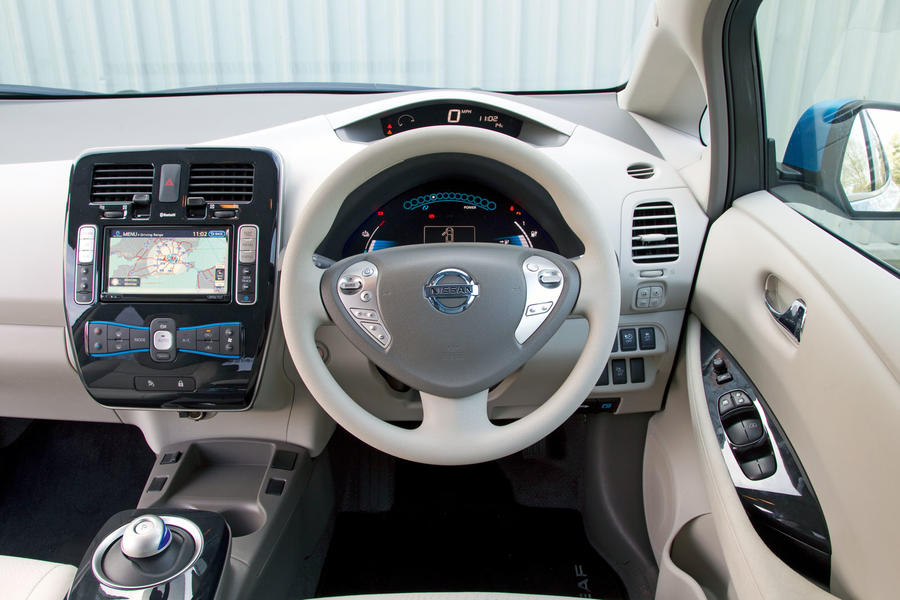 Fleet-oriented Flex versions have no standard-fit battery. It must be leased or you could ask the seller to settle the battery finance and include it with the car.

Make sure the car has its unique SD card because a replacement is hugely expensive.

If you don’t like paying main dealer rates, be aware that if you buy a Leaf, there are few garages outside of the dealer network that can service it.

From 2013, all but entry-level Visia versions gained a more efficient heater that has less impact on the Leaf’s winter range.

Service intervals are every 18,000 miles.

Nissan Leaf 30kWh Acenta: Go farther with this version thanks to its more efficient heater and larger battery. Acenta trim features a telematics system that provides eco routing and info on the nearest charging points. 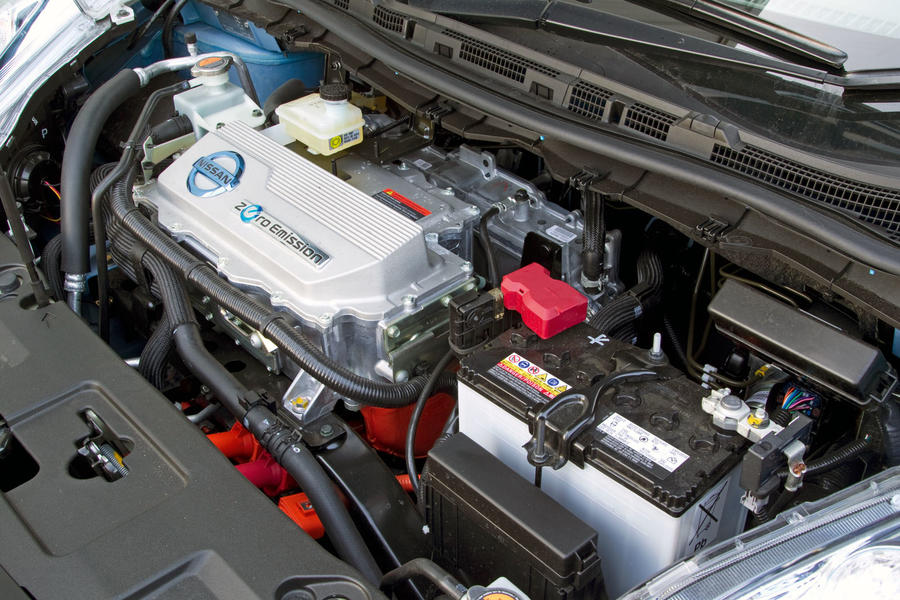 Nissan Leaf 24kWh Visia: Perfect for the townie, owing to its shorter range, less efficient heater and absence of smart route planning, but it does have air-con and kerbing its steel wheels won’t be a big deal.