Mercedes-Benz has established a new G-Class experience centre near Graz, Austria as part of the 40th-anniversary celebrations for the recently upgraded off-roader.

Located close to the Magna manufacturing facility where the G-Class is produced, the new 100,000-square-metre site has been conceived to allow existing and prospective customers to familiarise themselves with the off-road capabilities of the traditional Mercedes-Benz model, which was first introduced as the G-Wagen in 1979 as a civilian version of the military vehicle commissioned by the Shah of Iran.

Set to open to the public in November, the experience centre aims to replicate the extreme off-road conditions of Mercedes-Benz’s demanding 3.5-mile Schoeckl test track – a mountainous course with inclines of up to 60% and roll angles up to 40% on which the G-Class has been developed and honed over the past four decades. 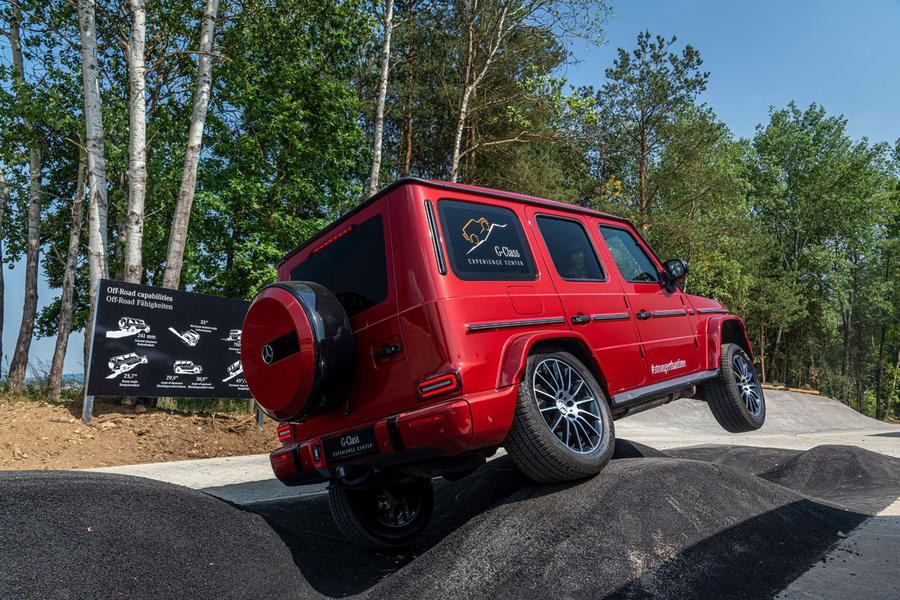 The new G-Class facility, situated on a former Austrian military aerodrome, includes four courses consisting of both naturally and artificially created conditions with gradients of up to 100%, water obstacles, forest sections and an on-road circuit based on former aircraft taxiways.

Customers will be able to register with Mercedes-Benz to take driving courses at the G-Class experience centre and tours of the G-Class production facilities from next month.

The story of the magnificent Mercedes G-Wagen