Chevrolet has confirmed that the long-awaited C8 generation of its iconic Corvette sports car will make its debut at a dedicated event on 18 July.

The announcement marks the first time the US manufacturer has officially recognised the new model exists. 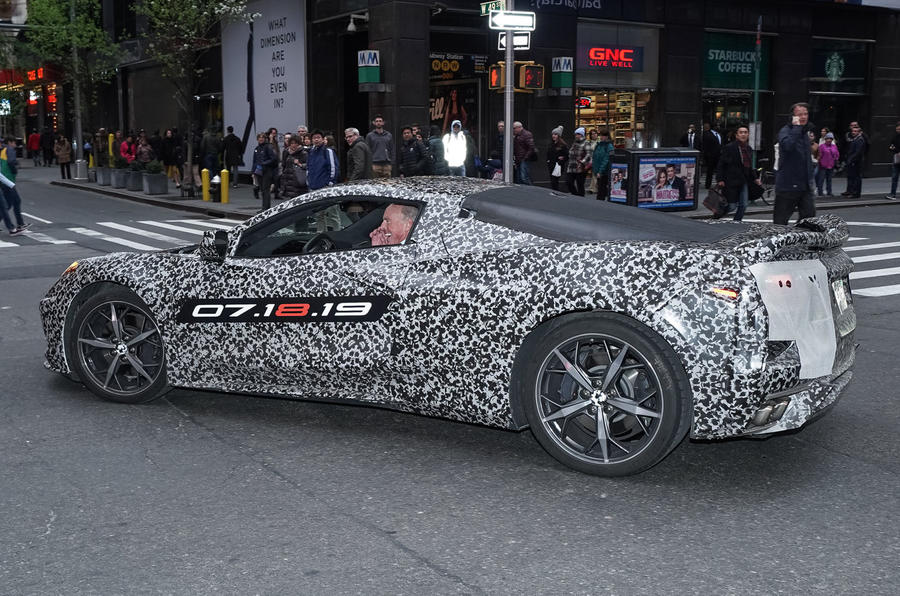 Switching away from a front-engined layout for the first time in the car’s 66-year history, a video (below) showed the Porsche 911 rival being driven hard at the Nürburgring, revealing the expected V8 soundtrack.

Prototypes of the C8 Corvette, showing the distinctive long rear deck and cab-forward proportions indicative of a mid-engine model, have been circling for some time. Reports from the US suggest there have been delays in development owing to significant issues with the chassis and electrical architecture.

While it’s not clear yet if those technical problems have been overcome, a Corvette dealer in New Jersey was taking $1000 deposits for the new model, even before the reveal date confirmation.

In a further break with tradition, the C8 Corvette will be sold alongside a version of the current car. Sources inside General Motors, which owns the Chevrolet brand, indicate that we can expect a slightly revised version of the existing C7 as an entry-level alternative. Although the C8 will carry a price premium over its front-engined sibling, it will be sold at a price that significantly undercuts the junior supercars offered by other manufacturers.

There will be no surprise in the choice of launch powerplant, with the C8 set to reach the market using a developed version of General Motors’ current LT-spec 6.2-litre V8. Although this engine still uses pushrods, and will be unable to match the low-down torque of turbocharged alternatives, the all-alloy unit has many virtues: it is light, responsive, relatively cheap to build and able to generate around 500bhp with minimal work. 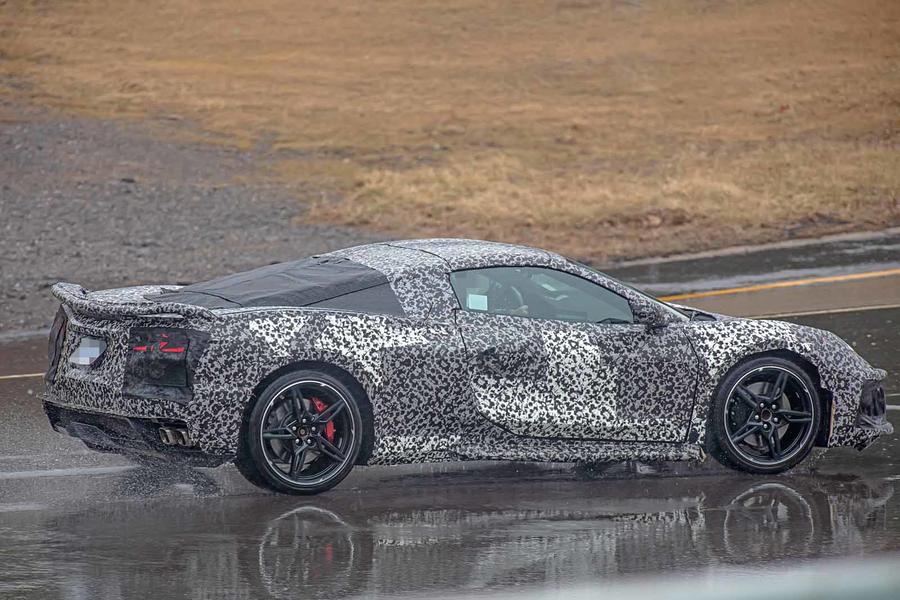 It also gives a clear connection between the radical new car and the front-engined Corvette that will continue in production. This could be advantageous given the existing car has an older and more conservative buying profile than other sports cars in the US.

Punchier powerplants are a certainty, however – especially given GM’s history of offering faster variants soon after the launch of a base car.

US media has previously reported that these will include a newly developed overhead camshaft V8, set to be sold in both naturally aspirated and twin-turbo forms, the latter sure to produce at least as much as the 745bhp of the current supercharged Corvette ZR1. Beyond that, a hybrid version will add an electrically powered front axle to the mix, potentially giving a total system output approaching 1000bhp.

Another big change will be a new twin-clutch transaxle gearbox (likely featuring eight speeds) developed by transmission supplier Tremec and effectively removing the option of a conventional manual version – a significant shift given the relatively high percentage of current Corvettes that are still sold with a clutch pedal.

Like its rivals from Ferrari, Lamborghini and McLaren, the new Corvette will display its mid-mounted engine through a glass cover. 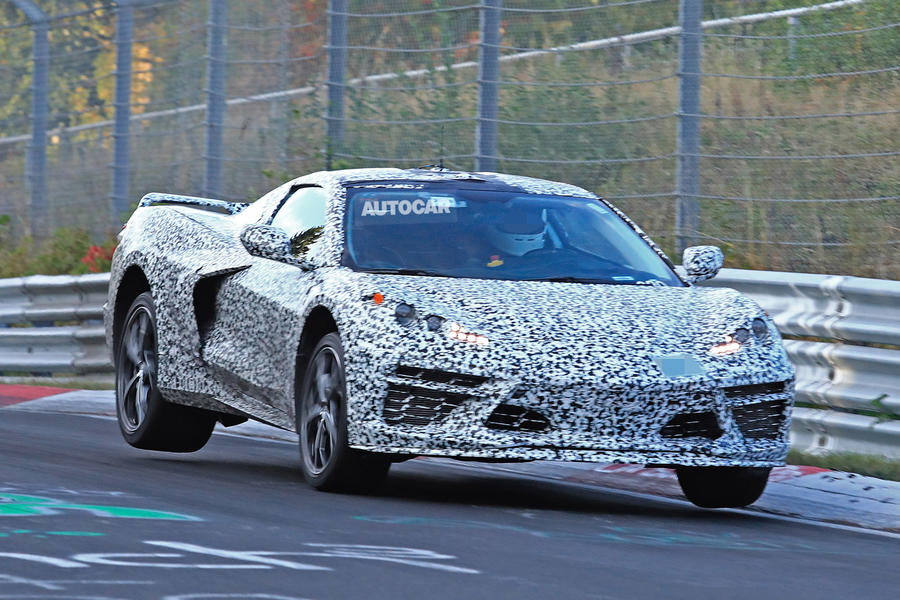 Despite GM’s sale of its European operations to the PSA Group last year, the new car is being developed with significant use of the Nürburgring Nordschleife and we can expect the sort of aggressive aerodynamics necessary for good high-speed performance there, possibly including active elements.

But while the C8 will no doubt be extremely fast, the need to keep costs down means that the use of expensive materials will be limited. The chassis is believed to be an aluminium spaceframe, and it will have the glassfibre bodywork that has been used by every previous generation. Carbon brakes are certain to be available, but the new Corvette is likely to stick to a base specification of cast-iron discs for the same reason.

While the C7 Corvette has a ‘targa’ roof with removable panels, it seems likely that the C8 will shift to a more conventional split between coupé and a convertible, the latter to follow at a later date.

There is no confirmation of right-hand-drive production, which would seem like a long shot despite the success that the Ford Mustang has enjoyed in the UK and Australia.

A US source said that the loss of Vauxhall and Opel has not made a significant difference in the case for European sales, with the C6 and C7 Corvettes both sold on this side of the Atlantic in small volumes through accredited dealers, of which the UK has just one.