As Bentley lifts the lid on its new Flying Spur luxury saloon, we chat to the car’s designer, Stefan Sielaff, about the difficulties of working with aluminium, the model’s similarities with the Continental, and Bentley’s upcoming cenetenary concept.

How similar is the Flying Spur to the Continental GT?

“The Continental, GTC and Flying Spur were developed in parallel. There should be a family feeling but we’re not talking about twins here. The only design carry-over are the door handles and mirrors. Inside, the Flying Spur is clearly from the same Bentley family but the interior is a bit more rich. The GT’s focus is on sportiness and performance, whereas the Flying Spur is for customers who want more decoration.” 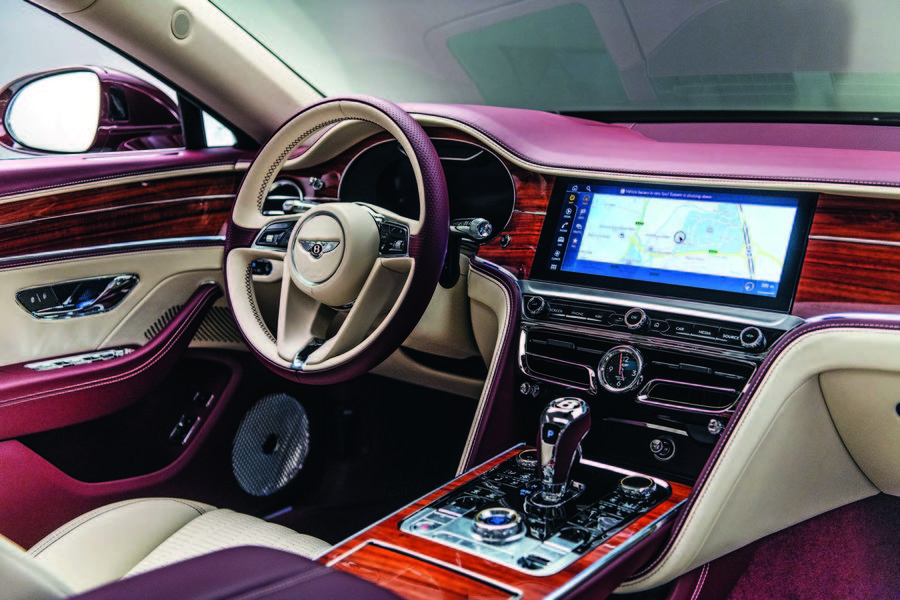 Do you have a favourite Flying Spur detail?

“It’s always difficult to answer that but it was such a long process to develop the new Flying B [emblem], and it’s such a story for the brand and not just Flying Spur. The air vent inside with the 5331 diamond [shapes] is another stand-out for me.”

What was the biggest design challenge?

“Three-dimensional surfaces in aluminium are hard to achieve – it is not very design-friendly compared with steel. The superforming technology we developed is only possible because of our low-production volumes. The rotating display was also a challenge. There are laws where a reverse camera has to show in one second once the car is in reverse – that’s hard if the display is not already on the touchscreen.”

What can you tell us about Bentley’s centenary concept being revealed in July?

“It’s a manifesto for how we see Bentley in the future. We don’t want to show a spaceship. It should be something that everyone knows is a Bentley and that the technology we show [is credible]. It’s not only a design statement but a statement for the company.

“It’s about sustainability, social responsibility, local sourcing, materials. It’s a big change in our thinking because society is changing.”